As the summer sun glides gently over the City of Discovery, I write this article to shine some light through the cultural prism that is Dundee FC. I will follow the progress of the Club – both on and off the field – until the end of the season, giving as much insight and explanation to events as possible.

All aboard the Dundee Rollercoaster! Please keep your hands and feet inside the vehicle at all times. 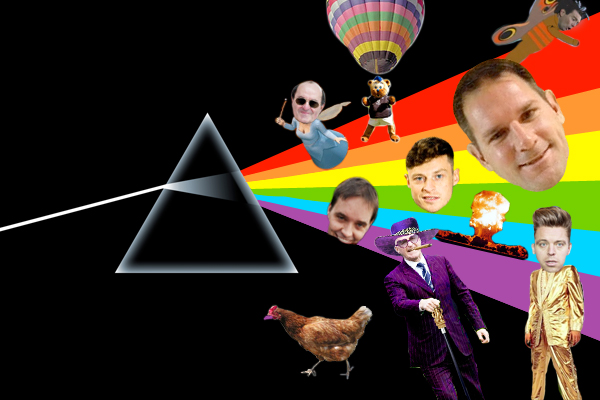 After a difficult season in the SPL — the first Premier League campaign in eight years — Dundee FC make their expected return to the familiar scenery of Scotland’s second tier. An eventful, although ultimately disappointing year ended with relegation, a mysterious takeover bid from an overseas consortium and the removal of club legends Barry Smith and Bobby Douglas.

Promotion had many benefits: increased revenue, SPL experience and the return of the Dundee Derby (the Eh Classico as someone fantastically labelled it). The team ended the season well, playing some excellent football under new manager John “Bomber” Brown, himself building a commendable record at the club.

It also gave the fans something vital: a reminder of just how vibrant Scottish football can be. 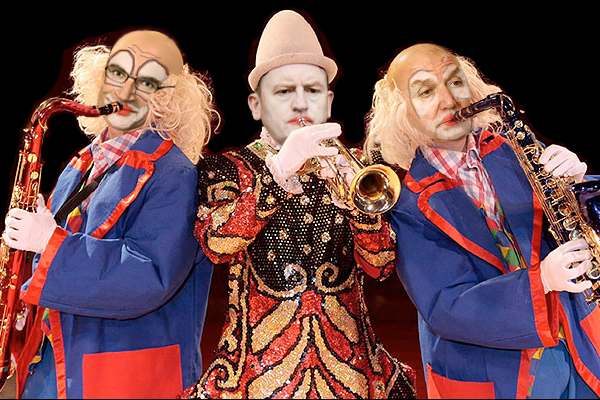 Like everything else at the club, pre-season seemed to progress at 1000mph. Despite the ongoing boardroom shenanigans (which we’ll get to later), the atmosphere among the support is generally one of optimism and — dare I say it — expectation. League reconstruction has finally opened the door for play-offs, relieving some of the pressure on the teams challenging at the top-end of the table. Greater financial distribution is also something that will be of real help this season, with fourth position being our alleged pre-investment “break-even” point.

The league also shaped up nicely, coupling expected fixtures with ones we don’t know much about — Hitman Hartley’s Alloa Athletic, for example. Another unknown quantity is the (very) young Falkirk team managed by Gary Holt, a man ugly enough to command the whimpering pity of the likes of Davie Dodds and Iain Dowie – it will be interesting to see how they adjust to life after Lyle Taylor. 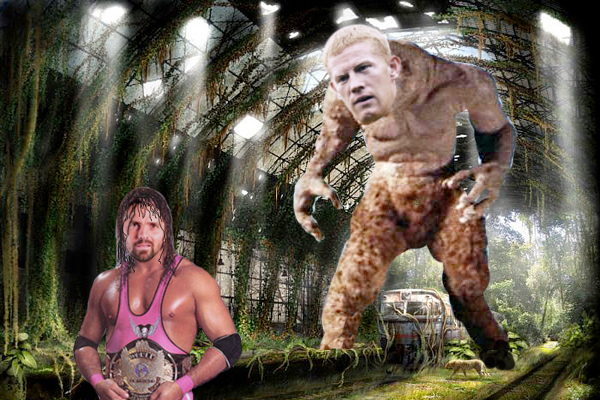 Squad preparations came together in surprisingly good fashion. The release of footballing non-entities such as Mark Kerr, Davide Grassi, Don Cowan (who?), Colin Nish and Mark Stewart were expected — even applauded in some cases. I was, however, disappointed to lose the services of John Baird, Gary Harkins, Carl Finnigan and Brian Easton.

Among the players who decided to re-sign with the club were Jim McAlister (a class act), Iain Davidson (looks like he could eat crockery while wrestling alligators to death), Matt Lockwood (classic, timeless hair-style), Nicky Riley (injury-prone but commands invaluable genius) and the effervescent prospect of Martin Boyle. 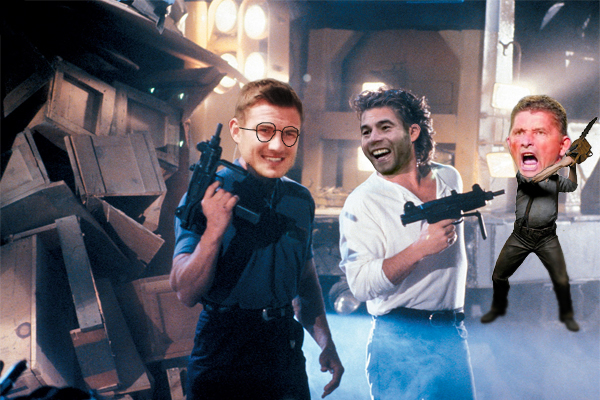 Add to that our newest additions: Peter “Peaso” MacDonald and Willie Dyer (a crime-fighting duo who recently escaped incarceration in Greenock); Kyle Letheren and wildcard radge Carlo Monti, and suddenly we have a squad that looks balanced enough to see us through a difficult campaign. The diversity in age is a welcome change from the standard 32-year-old journeymen we’re usually linked to (think Boab Malcolm, Darren Young, et al).

One highlight during this period was the signing of returning superstar Gavin “Spandau Ball-Rae”. After the departure of Gary Harkins to St Mirren (?!), it’s certainly good to have a player of Gav’s ability in the middle of the park. To Cut a Long Story Short, he’s Gold. A’bdy kens that! 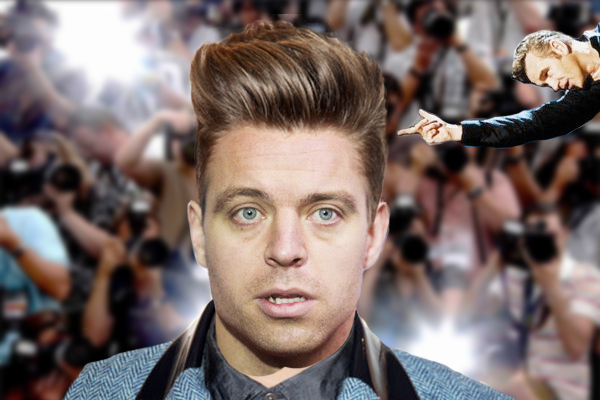 Off-field, however, the usual antics would show no sign of slowing down. The emergence of the Texan takeover bid (under the name Football Partnership Scotland) raised both the hopes and expectations of the supporters, as well as the interest of outsiders looking in. Much of the controversy came from an unforgivable lack of communication; the details might as well have been broadcast over the South Enclosure’s PA system. It was an incredible way to treat the same businesses and individuals that twice brought the club back from the brink.

Taking into consideration the recent horror stories of Dunfermline Athletic, Heart of Midlothian, Rangers and the general uncertainty endemic to the national game, you might forgive some Dundee fans’ scepticism towards the task in front of us. That task, as has been made clear by shady CEO Scot Gardiner, is immediate promotion. 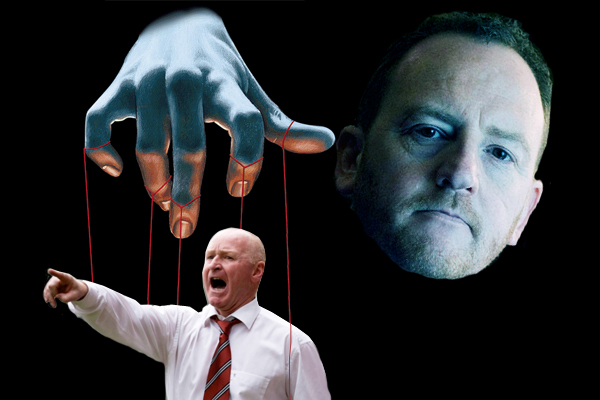 Understandable, then, that the Dundee Football Club Supporters’ Society (DFCSS) would want some time to consider the proposal. The events that followed included the emergence of worryingly unrealistic timeframes, an ultimatum and alleged “time-wasting” manoeuvres by the Supporters Society, all culminating in the child-like resignations of several directors. A real “toys-out-of-the-pram” moment, only for them to be brought back around the table by veteran UN Peacekeeper Pat Liney. 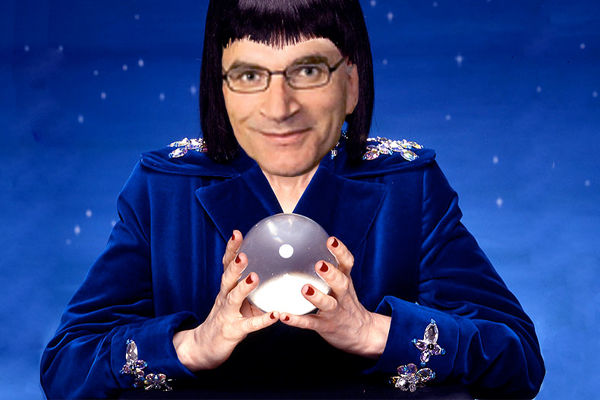 As Bill Colvin (alleged deity and largest single shareholder at Dens) consulted his magic ball, a split began to form among the supporters regarding the future of the fan-ownership model. The promise of cold, hard cash proved to be too tempting for many and opinions were formed before any real information was made public. 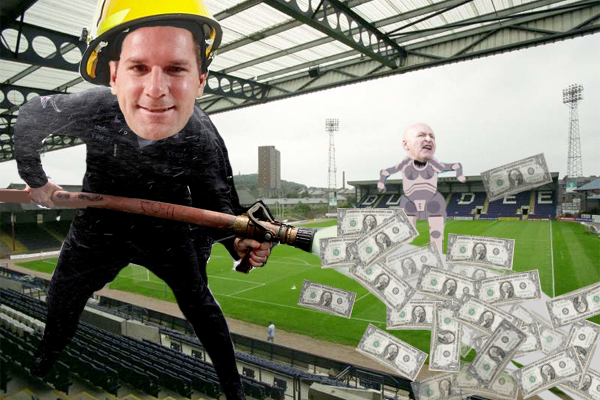 Shortly after the Texan investment was announced as a “done deal”, news of a rival proposal began to hit the headlines. Fronted by the outlawed Captain Pedro Marr, this proposition was on behalf of the Dark Blue Business Trust and promised a smaller cash injection without the removal of profits from the club in the future – the only prerequisite was that the club reject the foreign investment. 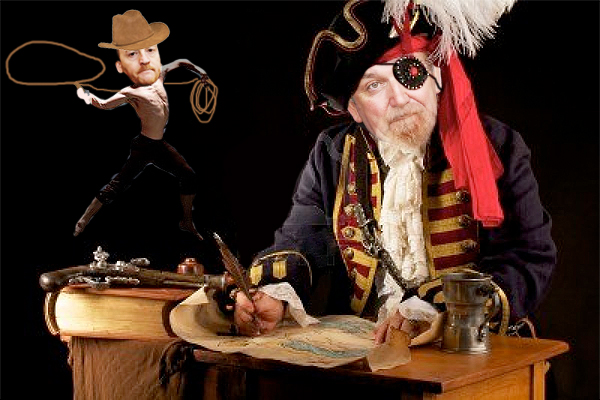 The prospect of diluting the Society’s influence isn’t something that particularly appeals to me, although I recognise the undeniable need to modernise the club. Following two death-infused doses of administration, we’ve operated like a mortally wounded animal dragging itself through the footballing wilderness. I, for one, don’t fancy our chances should we be dealt a third.

Meanwhile, in a housing scheme in deepest darkest Dingwall, former Dundee player, captain, coach and manager Barry Smith settled into the abject misery of coaching Ross County’s U-20s. Former goalkeeper and club captain Rab Douglas also moved on to pastures new, signing a contract at Station Park, where he’ll no doubt do a decent job. Following this (and after their tremendous result against Rangers), Dundee predictably drew Forfar Athletic in the cup — so that’s one potential banana-skin exposed itself already. The loss of these two characters certainly took a bit of getting used to but it’s time for everyone to move on. Best of luck to the both of them, whatever they go on to achieve. 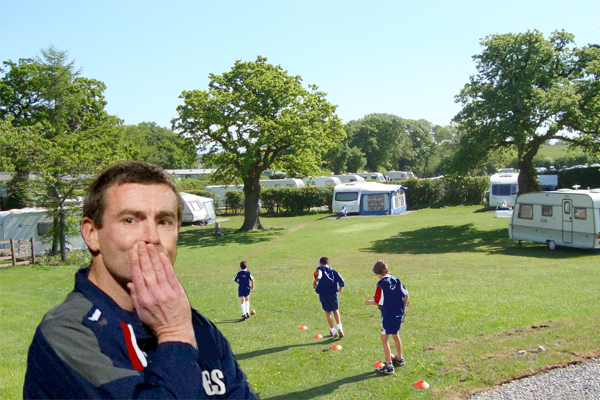 As the war of words between the Club, fans and Supporters Society continued, Peter Marr (of the Dark Blue Business Trust or DBBT) burst back onto the scene by allegedly calling finance director Ian Crighton “a blazer” — a classification recently deployed by some irate individuals to describe the Society board-members. This all came about after Crighton publicly questioned the motives of his fellow directors in a bizarre open “apology” addressing the Dundee fans, remarkably blaming everyone (including Dave Forbes and Fraser MacDonald) but himself for slowing down the process. 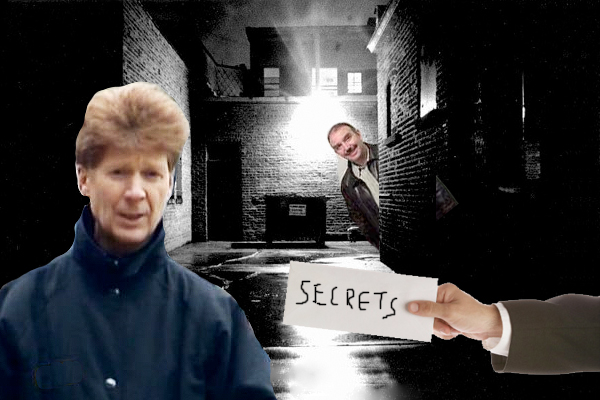 Following this, John Brown made his feelings clear with regards to the rival proposal by grabbing the microphone at a charity pub-quiz in the Fort Bar, describing the move as “… fuckin’ thrown together in a FUCKIN’ PANIC. FUCK!” 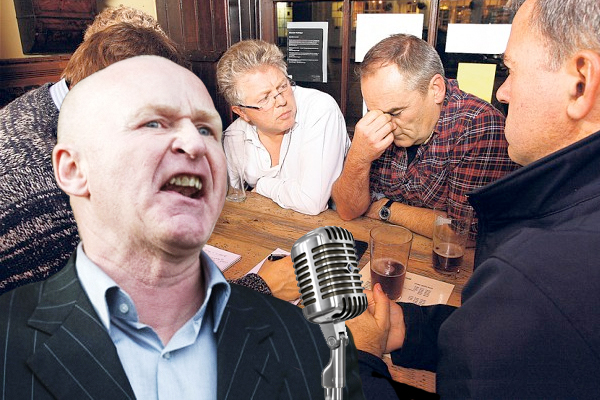 One of the more contentious issues included in the original deal included the ambitious reconstruction of our barely-existent youth system. Dubbed the Enchanted Castle of Talent Optimisation (or ECTO for short), it’s rumoured that the new academy would be built in the mystical forest behind the South Enclosure with a view to snapping up local talent from the city and surrounding areas. It all sounds very promising, but detailed plans of how it would be funded — and most importantly, how the consortium would gain a return on their investment — have so far failed to materialise despite several attempts by the various fan groups. 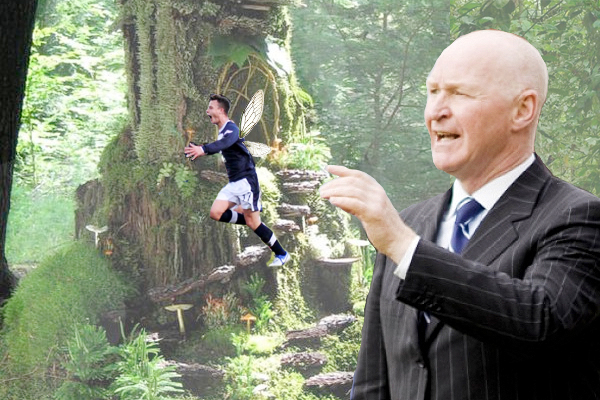 As it stands, we have another monumental decision to make, with both DFCSS and the Club having arranged meetings for next week (12 and 13 August). Following last night’s insightful Q&A session with John Nelms (which subsequently saw DBBT withdraw their proposal and essentially give FPS the green light), it now paves the way for a simple choice between the status quo (ie. fan ownership) or the Texan offer. While these should prove insightful, I’d urge the fanbase to put personal differences aside and seriously question what they want out of this situation.

It’s certainly an exciting time for Dundee Football Club. Expectations are high but we’ve done everything correct on the park. A club on the rebound, our history of bad relationships suggests the upcoming season will be an important one for us: do we get into bed with our prospective Texan overlords or simply go it alone for a while? 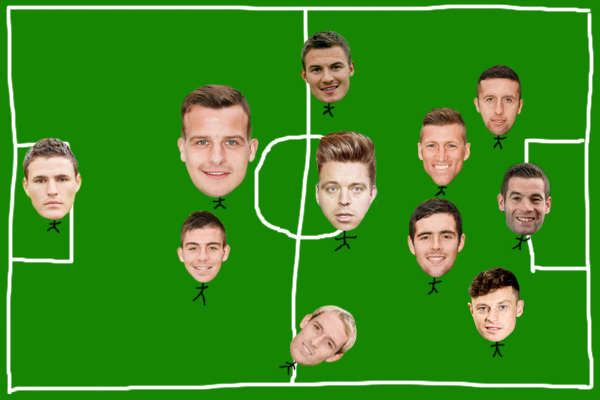 We’ve come through this pre-season feeling confident in our abilities — the focus on youth and depth of squad being two notable strong points. Wins against Montrose, Forfar, Clyde, Alloa Athletic and Lochee United , along with respectable draws against St. Johnstone and Rangers have set us up nicely. At the risk of speaking too soon, Carlo Monti seems to have been a bit of a revelation, netting five times so far. 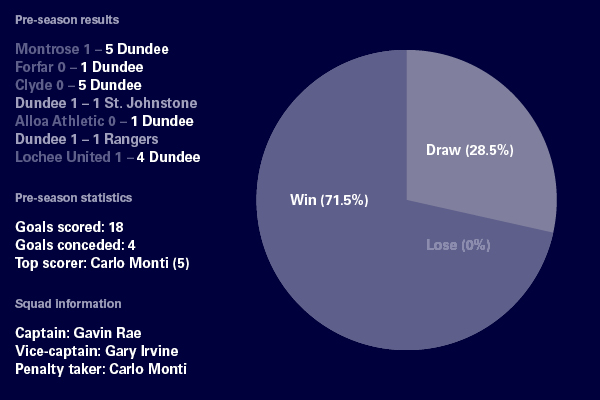 I have, however, been a Dundee supporter long enough to know that it isn’t that simple. It’s an extremely difficult league and there will be plenty of twists and turns on the journey ahead.

Bomber is, admittedly, an extremely strange character. In fact, there are times where I’ve questioned whether he occupies the same dimension as the rest of us, but he’s stuck to his guns and shown he’s capable of being a decent manager… If only he could keep his mouth shut…

Here’s to doing our talking on the pitch.

Liam is a Dundee supporter with a wide-ranging interest in the visual culture of Scottish football. His favourite Dee players include Dariusz Adamczuk, Giorgi Nemsadze and Frank Zappa.